Extremum Reflections on the Work of Yasmeen Godder 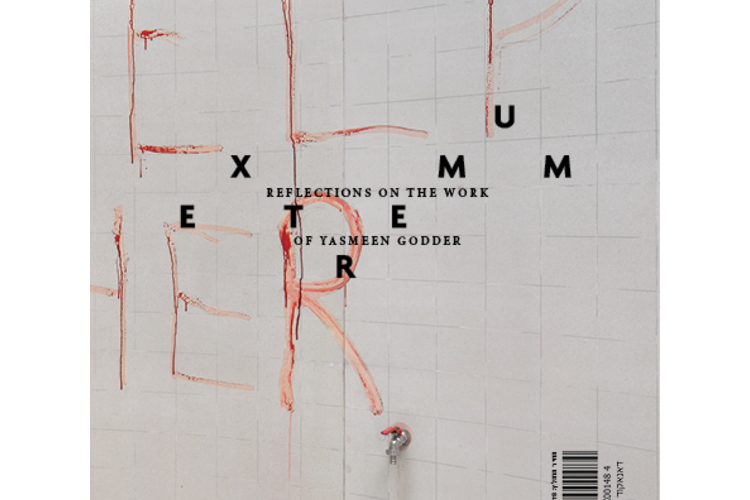 Extremum Reflections on the Work of Yasmeen Godder

The Petach Tikva Museum of Art and Asia Publishers

Published with the kind assistance of the Ostrovsky Family Fund.


Extremum - Reflections on the Work of Yasmeen Godder came into being out of and in preparation to Yasmeen Godder's participation in the exhibition Confidence-Building Measures in the Petach Tikva Museum of Art (curators: Drorit Gur Arie and Avi Feldman, June-Septemer, 2014). Yasmeen Godder, a leading Israeli choreographer active since 1999, was invited to create, for the first time in her artistic career, a site specific work for the museum's space. This ess was accompanied by numerous discussions between Godder and the book's editor, in an attempt to formulate an archival mapping of the extrema (maximum and minimum points) which could be said to identify Godder's language of movement, as it has been formulated during her 15 years of work.

This book attempts to provide a textual and visual expression for some of the thoughts and ideas that came out of the discussions and the curational exploration (in collaboration with the museum's manager Drorit Gur Arie) of Godder's new work for the museum, while exploring concepts related to her work such as the Grotesque, queerness, justice, society and presence. Moreover, Godder's ongoing collaborations with visual artists provided an additional key incentive for the analytical inquiry into the relationship between dance and the visual arts.

Extremum - Reflections on the Work of Yasmeen Godder traverses the intermediate space between an artist's book and a reference work. As an entangled narrative whole, shifting between extrema and climaxes; between new and early works; between German Expressionism and femininity; between Tracey Emin and Israeliness, and as a product of couplings between the political and the walls of the museum; between David Lynch and Max Ernst; between the collective and the private – the book establishes a conceptual space, grounded in a visual proximity to Godder's multifaceted work, as well as to the various sources of influence that fuel her artistic activity.

Drorit Gur Arie is the manager and chief curator of the Petach Tikva Museum of Art, and has initiated its re-opening in 2004 as a museum for contemporary art.

Dr. Raphael Zagury-Orly is Head of the Master of Fine Arts program at the Bezalel Academy of Arts and Design, Tel-Aviv Extension, and an associate professor of philosophy.

Dr. Elisabeth Nehring is a cultural critic, who has contributed to German broadcasters such as Deutschlandradio Kultur, Deutschlandfunk and Westdeutscher Rundfunk, as well as to periodicals such as Tagesspiegel, Tanz and Berliner Zeitung.

Avi Feldman is a curator, author and PHD candidate in the Research Platform for Curatorial and Cross-disciplinary Cultural Studies program in the Zurich University for the Arts, Switzerland, and Redding Universiy, UK.

Paolo Ruffini is editor of the series Spaesamenti ("Displacements") by the Italian publisher Editoria e Spettacolo. Since 2006 he has been teaching in the Istituto Europeo di Design, Rome.